Two years on from the Olympics, the Queen Elizabeth Park is being handed back to its local community, and, excitingly, to fifty local teenage cartographers.

The twelve year olds are all Year 8 students at Chobham Academy, the new school within the Athletes Village – now East 20 Village.
Together with The Building Exploratory, LivingMaps and LLDC, they are creating a map to share what the Olympic Park has to offer other young people, and their hopes for its future.

In this first workshop of six for this term, Phil Cohen of Living Maps broadened everyone’s horizons to the incredible scope of mapping. In return the teenagers opened our eyes to a young person’s perspective of living in this corner of London: They drew fifty maps of the local area drawn from memory. No easy feat, but what they produced is fascinatingly insightful. 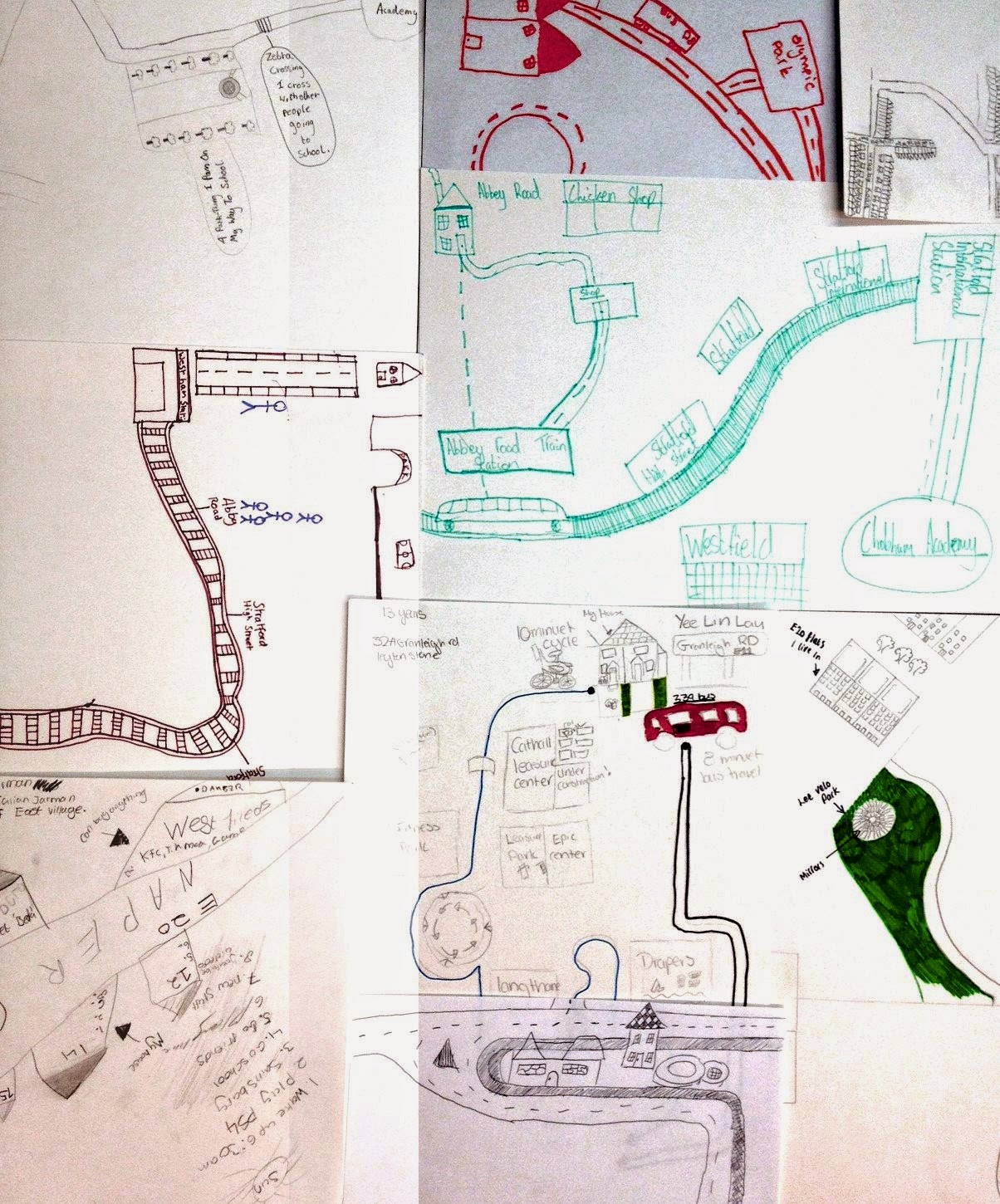 A taster of the memory maps: Friends, food and fashion feature highly!

Taking in a high rise panorama of the Olympic Park from the roof of the school.
Posted by The Building Exploratory at 18:10