What a difference a year makes... It is just over a year since redevelopment of the site opposite our office began. During 2011 not just one, but 2 development projects have taken shape on the site opposite us, with another 2 projects a little way further down this stretch of canal and a couple more in the pipe line. 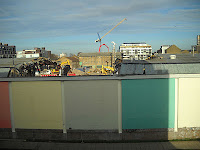 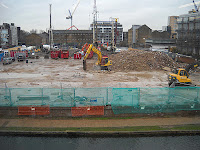 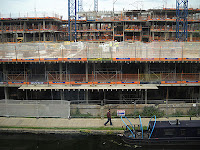 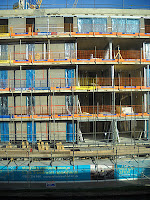 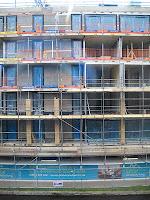 It has been fascinating (and pretty noisy). We look forward to waving to our new neighbours later in 2012...


Posted by The Building Exploratory at 15:16

Email ThisBlogThis!Share to TwitterShare to FacebookShare to Pinterest
Labels: Our view