'With compliments of the Future'


On Friday the Senior BEEs attended the Paralympic Games and watched a morning of Athletics in the Olympic Stadium, before having an afternoon to explore the park and get a closer look at some of the buildings they have been finding out about over the last couple of years. This wonderful opportunity was made possible by courtesy of the London Legacy Company. 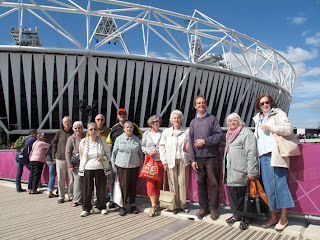 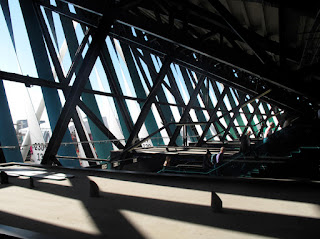 Building Exploratory Project Officer Lizzie Edwards went along to find out what the BEEs thought of the Olympic Park:

‘The day started early in the morning when we collected a box of tickets that said on the front ‘With Compliments of the Future’. Up close, the stadiums certainly look very futuristic, especially the incredible structures of the Orbit and Velodrome that will remain in the park after the Olympics have finished. The BEEs were interested to discuss and imagine how these places will be used by the future communities of the area, particularly given their proximity the current Athletes Village, parts of which will be converted into residential apartments.

Watching the Paralymic Athletics also gave them some view into the future, with the incredible technology that enables so many athletes to compete and indeed on the morning we were there, to break one world and paralympic record after another!

We also really enjoyed exploring some of the environmental developments of the park, spending a lot of the afternoon on the grass by the side of the River Lea watching the games on a big screen. The planting around these areas is beautiful and the river looks incredibly clean. It will be a fantastic place to visit come back and visit once the park opens again as the Queen Elizabeth Olympic Park in Spring 2013.

We would like to thank the London Legacy Company for this amazing opportunity
As some of the BEEs commented after their visit, it was ‘thoroughly enjoyed and appreciated’ and ‘it was a great day. Only by being there did I appreciate the scale of the operation – huge!’ 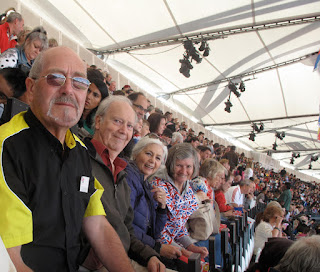 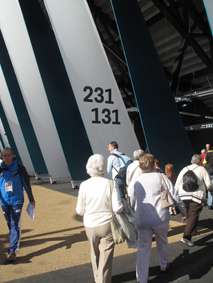 Posted by The Building Exploratory at 16:01