Visits to Treasures Along the Wandle


As part of our Wandle Treasure Hunt Project, we recently visited a couple of treasures to help inspire and inform our participating volunteer-researchers. 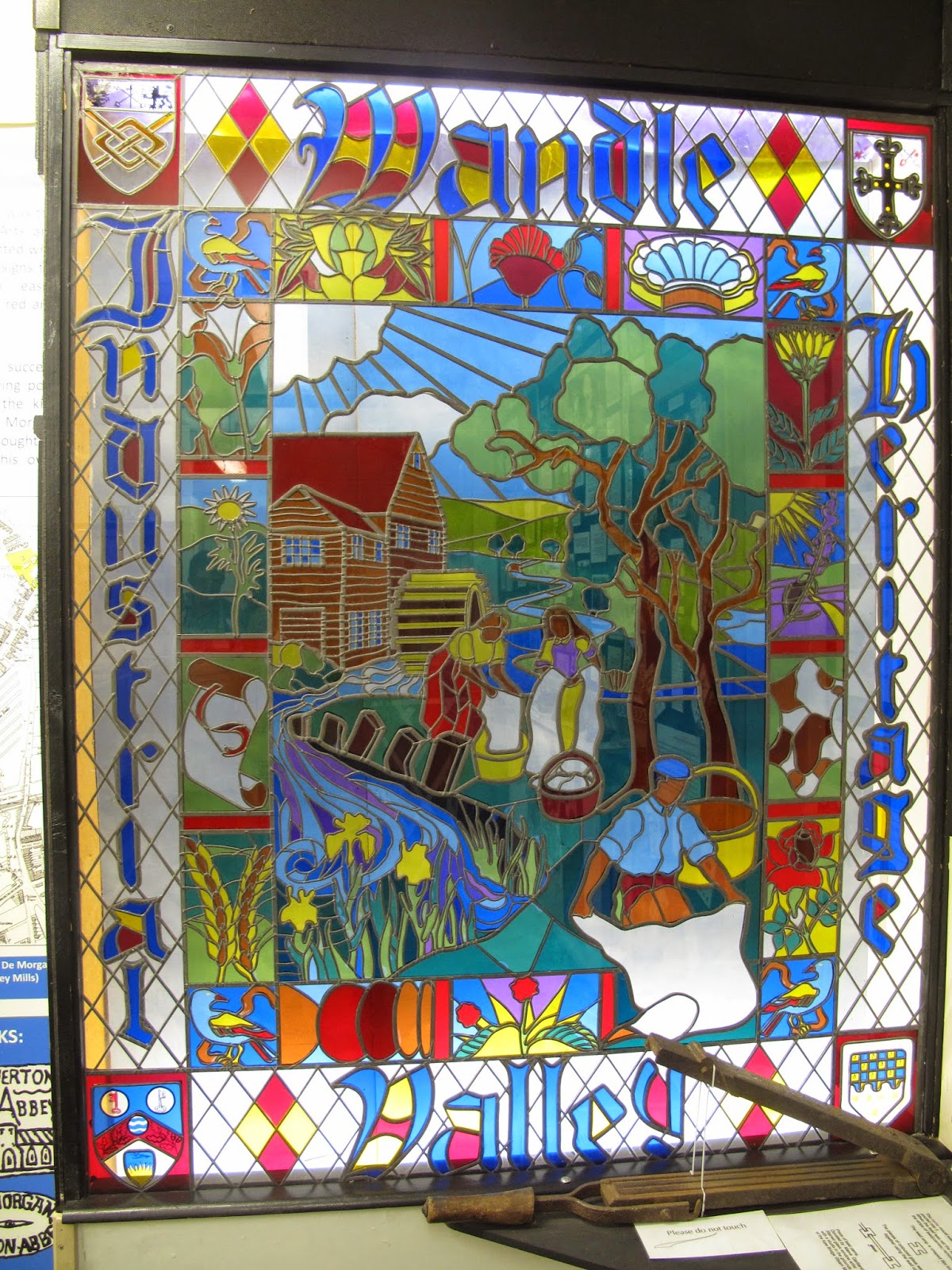 highly dedicated volunteers with extensive knowledge and first-hand experience of the local heritage. 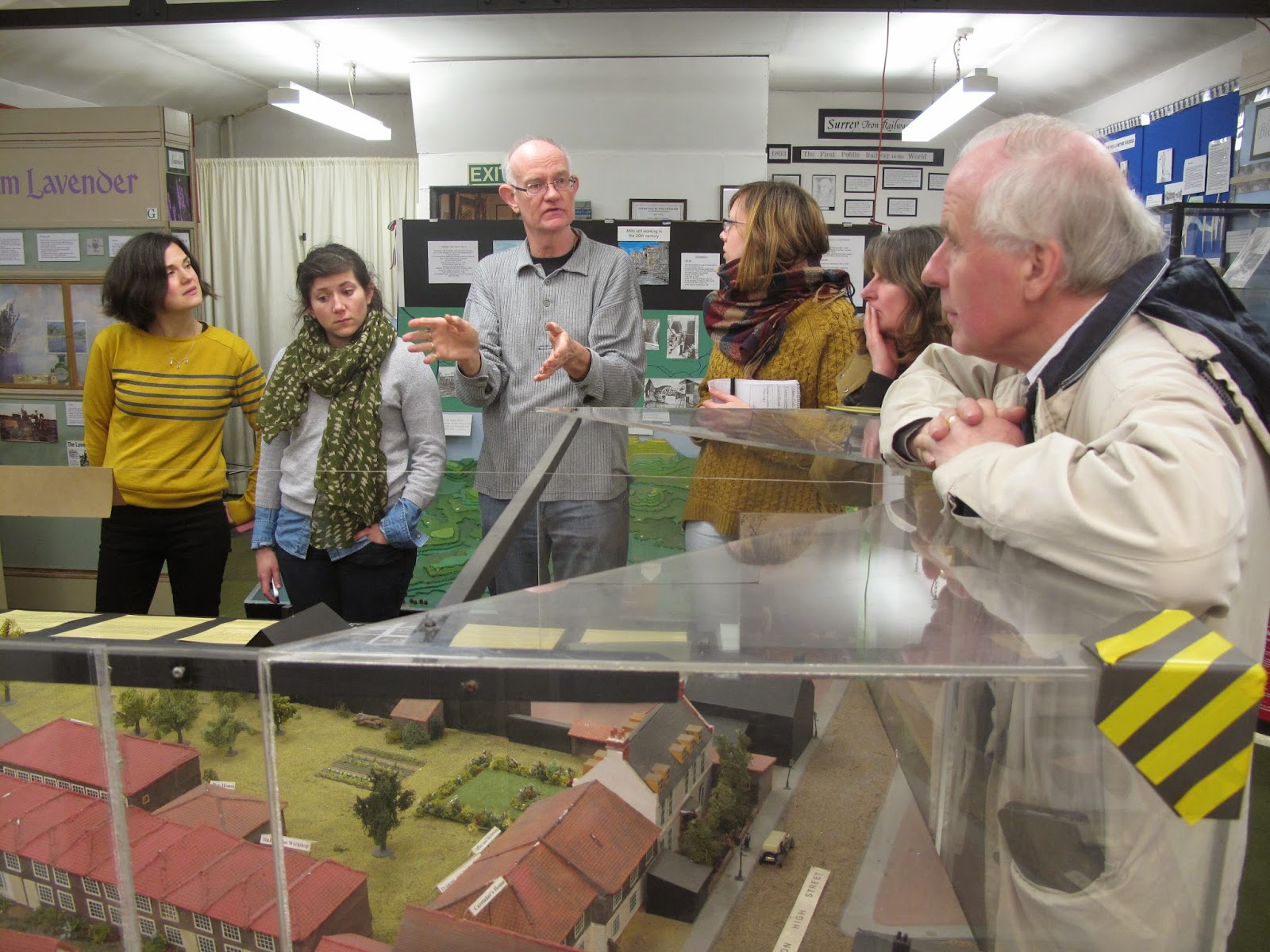 After learning about the various 90+ mills that were located along the River; the Surrey Iron Railway; the manufacturing of peppermint oil, herb and snuff; and the printing workshops of Liberty’s and William Morris’ Company,  the group had the opportunity to try some block printing in true Morris style! A fun experience, though far less tiresome than it would have been back in the 1800s! 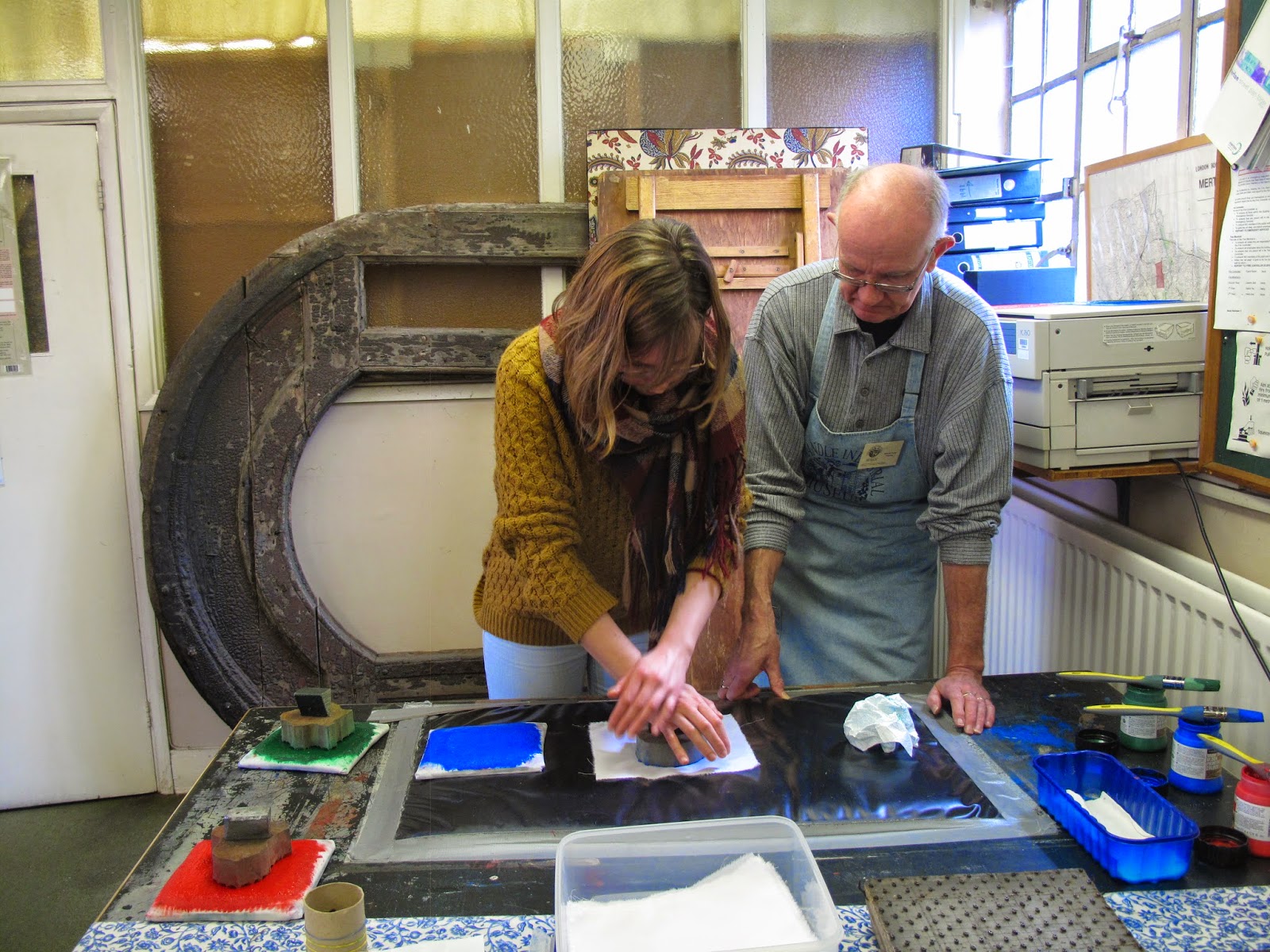 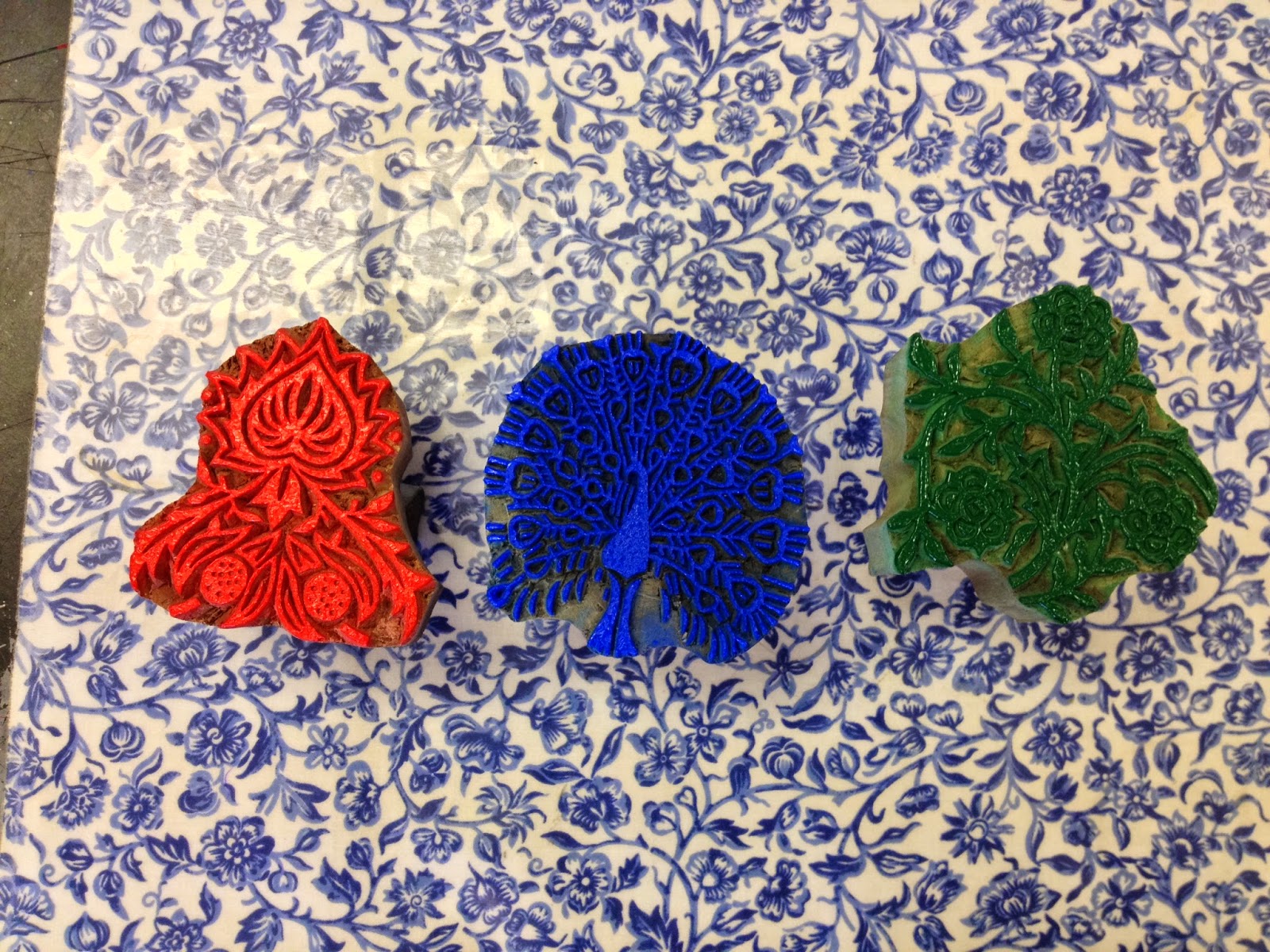 Our second visit took us to Merton Priory Chapter House – a true treasure buried under the A24 Merantun Way, between the Merton Abbey Mills market and a Sainsbury's/M&S hypermarket. 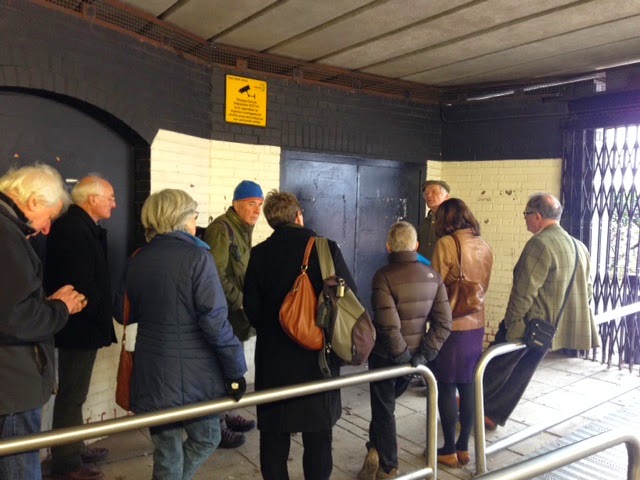 Entered through a door located in a non-descript underpass, there  is a Alice in Wonderland feel to stepping into the cavernous chamber which houses the foundations of the Chapter House of an Augustinian priory, founded in 1117 and dissolved by Henry VIII in 1538. 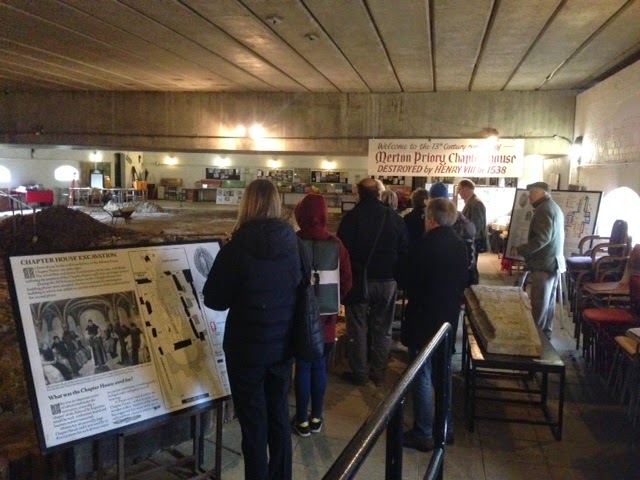 We were fortunate enough to be treated to an inspirational and highly informative guided tour by John Hawks, the vice chair of Merton Priory Trust (MPT). John shared stories about the history of the Priory, including its usage as a royal staging post on journeys to and from London; its role as a venue for royal sports between 1346-49; and as the venue for the Coronation of Henry VI in 1437. 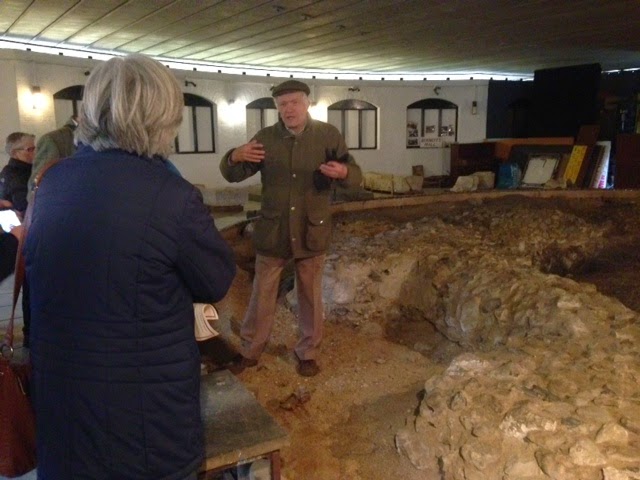 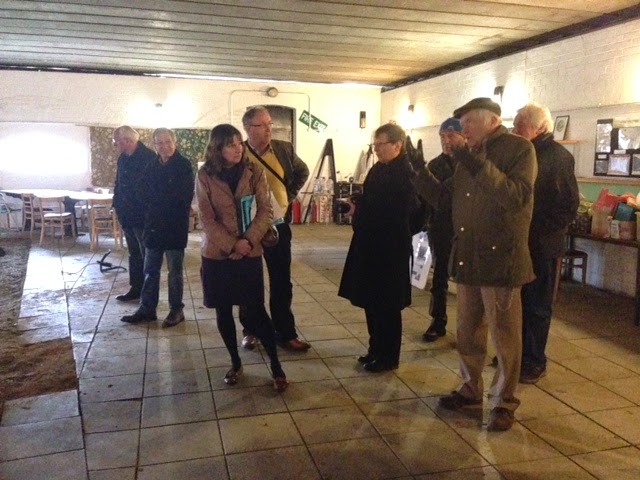 During 17th Century, Merton Priory became commonly known as ‘Merton Abbey’, despite not having abbey status; and from the 1660s, the site of the Priory developed into a textile manufacturing centre, which became the main focus of activity across subsequent decades.

By the 18th Century, the main industry at ‘Merton Abbey’ was calico printing and the area (together with Mitcham) became a major centre for textile printing and dyeing in England. Several printing works, , archaeological excavations have unearthed evidence on medieval architecture and interiors, medical practices, diet and food.

Fragments of the Priory remain above ground, including a part of the medieval precinct wall, but the foundations of the Chapter House project is delivered in collaboration with Living Wandle Landscape Partnership Scheme as part of the Industrial Heritage Recording Project.