Milling Around the Wandle

As our Wandle Treasure project begins to draw to a close we are receiving the last of the various treasures from our volunteer-researchers. Included in the heritage themes that the treasures range across is industrial heritage. The River Wandle has a rich industrial heritage, playing a significant role in the historical development of London.

Part of this industrial heritage can be found in the various mills and factories that were scattered along the banks of the River - at one point the Wandle supported 90+ mills, producing waterpower for various enterprises and providing employment for local people.
One such example is the Snuff Mills: two, grade II listed, 18th Century mills located on either side of the Wandle in Morden Hall Park. 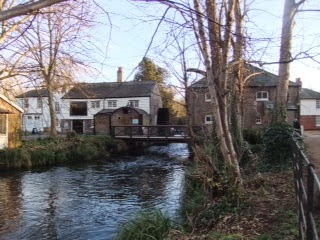 During The east-bank building of the Morden Hall Snuff Mills was first to be built, and was initially leased by Peter Davenport and subsequently by Nathaniel Polhill, a banker, brewer, tobacco merchant, and MP who passed on the mills to his son Edward.   The Ravensbury Mill is another example, and again an 18th Century, grade II listed building, which allegedly was the last working mill on the River Wandle. 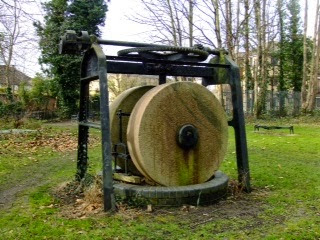 It is believed that a mill has occupied this site since 1680, and that the present 18th Century building, which housed two water wheels, was originally used for the production of snuff from c.1755 and later for tobacco as well. This mill was used to produce the famous ‘Mitcham Shag Tobacco’, which was awarded a gold medal at a Brewers exhibition in 1906. Between 1868 and 1884 it is said the mill was also used to produce flock, recycling wool and old clothes for stuffing mattresses and flock paper. At this time, the mill was owned by the local Rutter Family. Gilliat Hatfeild, who owned the Snuff Mills downstream in Morden Hall Park, took a leasehold interest in part of the Ravensbury Mill in 1884. 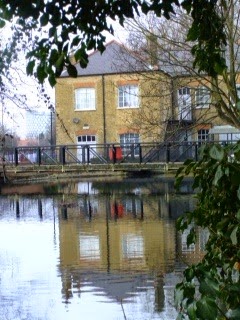 During WWII, the mill helped generate electricity and occasionally powered wood-turning machinery in the 1960’s. The building was last commercially occupied by Whiteleys, a sports goods manufacturer, until 1980. Following this, it was converted for residential use during the 1990s, excluding the older north wing and the surviving mill wheels.

These remnants of former mills provide a reminder of the layers of history that can be uncovered in this area. Why not get away from the daily grind and go see for yourself!

*The Wandle Treasure is a volunteer-led local heritage project where we identify lost treasures along the course of the River Wandle, which spans four London boroughs (Wandsworth, Merton, Sutton and Croydon). The final selection will then be drawn by artist StephanieTheobald and uploaded to a website with an interactive map.