Summer’s Strolling On for the Senior BEEs

The summer programme for our Senior BEEs began last week with a walking tour in Hackney and Islington. The tour focused on exploring developments happening in both boroughs on either side of City Road – an area that is fast transforming and combined with its rich history, makes for fascinating discussion and walking discoveries. 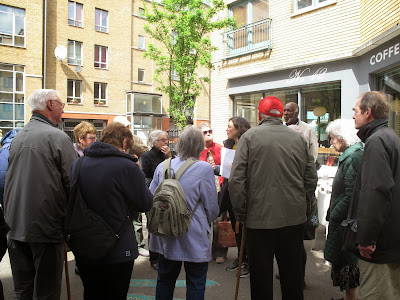 The group met on 1 May at a local café for a catch up chat after our short spring break. Located on the crossroads of Provost Street and Vestry Street, the café was an ideal meeting point to start the walk by venturing towards City Road for the first of a few discussion stops. 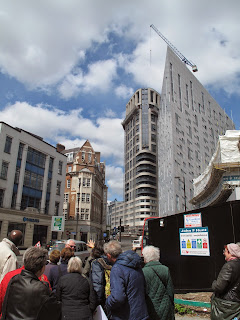 Although there was tough competition from traffic noise, the discussion at the City Road stop focused on the new skyscraper buildings that are increasingly dominating the skyline to the north of Old Street. As construction continues, the area is rapidly developing with old and new clearly juxtaposed on opposite sides of the road: modern towers on one side, and the 19th Century Moorfields Eye Hospital building on the other. 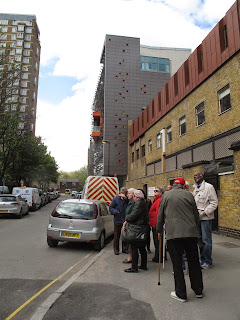 Walking further behind the hospital building, the group reached the most recent extension: the award-winning Children’s Eye Centre designed by Penoyre and Prasad Architects. This innovative building’s entrance features a series of aluminium fins creating an interesting and textured façade. Some of the group admired the eye-catching façade which despite its ultra modern look and feel adds a light and quirky flare to the streetscape. 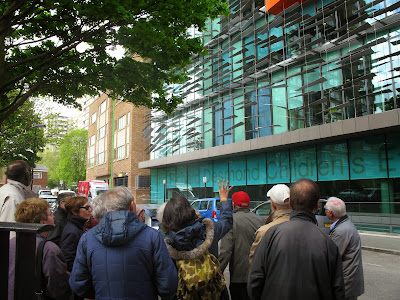 Walking through St Luke’s Estate and passing by the Pleydell Estate, the group circled back to City Road to view the 1930s art-deco inspired Eagle Black residential development from Mount Anvil and designed by Farrells. From this street perspective, it was interesting to see how the building heights taper, getting lower and lower the further north of Old Street along City Road one goes. 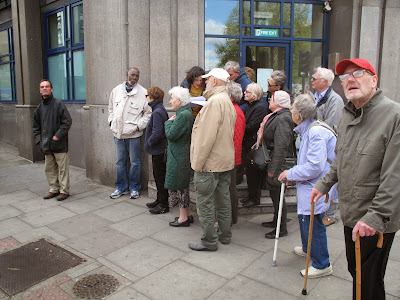 From here, the group herded up Shepherdess Walk passing the renowned Eagle pub and the former grounds of the 18th Century St Luke’s Workhouse which later became St Matthew’s Hospital, demolished in the 1980s. 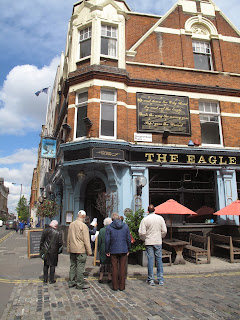 The walk continued along Nile Street and Jasper Walk, where the group learned that the street had been named after A. S. Jasper, author of A Hoxton Childhood – a book of memoirs depicting London life in the area during the First World War.  Although the area has vastly changed, its history remains alive in street names and a small number of surviving building facades and brickwork.


The walking tour ended by coming full circle back to Provost Street and taking a brief look at the Provost Estate. 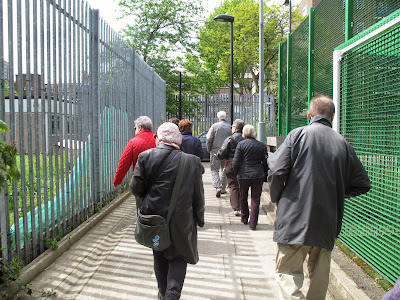 The Senior BEEs were able to contribute and exchange their varied historical knowledge of areas covered on the walk, with some sharing personal memories. The group also learned about and discussed the current changes and developments occurring in an area which reminds us that London throughout history remains in constant flux. 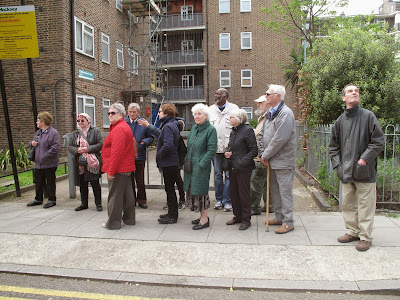 The walking session was a great way to saunter into the summer season, and we’re looking forward to more exciting explorations over the summertime months!

In addition to kick-starting the summer programme for our Senior BEEs, the tour also marks the beginning of our exciting new project Our Place Too. We have been awarded funding from the People's Health Trust (using money raised from Health Promote through the Health Lottery) to work with older people living in two neighbourhoods either side of City Road. Our Place Too will recruit older people living in these areas into our existing older people's groups with the aim of increasing health and wellbeing, and facilitating discussion about the enormous changes taking place on their doorstep. 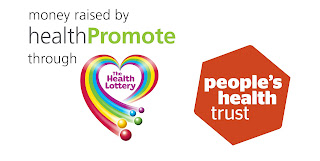 Posted by The Building Exploratory at 14:15