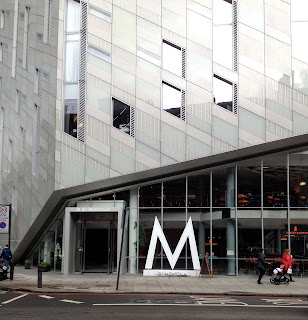 One such recent change has been the building of M by MontCalm as part of the larger ongoing development around the City Road and Old Street or Silicon Roundabout area, which is fast becoming a major hub for tech media companies. As part of the project, Islington Eyes, one of our older people's groups, visited the newly opened hotel on City Road. 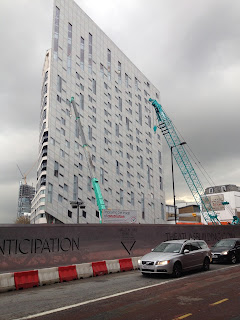 Located opposite Moorfields Eye Hospital, the 23-storey boutique hotel’s striking façade and angular structure immediately evokes ideas about optics and the visual. The design concept for the hotel was created by architects Squire & Partners, with 5plus Architects as the Executive Architect and SGP Contracts overseeing its construction. 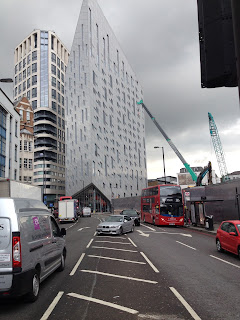 The building is one of first in world to use a horizontal transom on the façade. This along with its height, size and location makes the hotel unique and eye-catching, though has divided opinions not least within the Islington group. 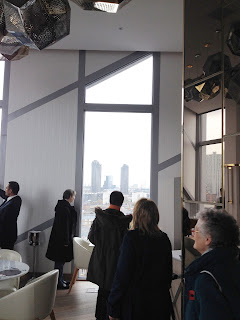 The group *Our Place Too has being funded by the People’s Health Trust, using money raised from Health Promote through the Health Lottery.
Posted by The Building Exploratory at 14:41